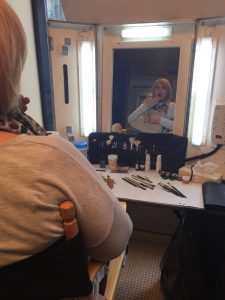 Aside from buying the odd lottery ticket (’cause a gal can dream!), I wouldn’t say I’m much of a gambler. But that doesn’t mean I can’t be part of the ever-growing iGaming industry. I work as a voice-over talent for many clients in the online gambling industry. This photo is actually of me backstage for a on-cam lottery commercial I worked on recently. As you can see, I totally milked it 😉

As a voice-over artist for many types of video, I’ve worked across a whole bunch of industries, and my take on the iGaming industry is that it’s one of the most versatile. In the last few years, I’ve seen the game (see what I did there?) evolve like crazy. In early days, it used to be a group of (probably) socially-awkward poker players on the internet trying to make a quick buck. It’s gained on cool factor since and is now a social and super interactive community of people. They love high stakes, the thrill of the win, and most importantly, having fun.

As a result, many iGaming companies are now creating engaging social content to share in the online community. Branding is key – and who better to give a brand a voice than a professional voice-over actor like yours truly?

An Industry to Listen Out For

I’m not the only one to have noticed the change. Businesses in iGaming have had a fun time constantly reshuffling their marketing teams over the last few years to adapt. There’s been a lot of talk about it, but I think Business Matters Magazine puts it best. In their article, they touch on a few points like online reviews, expansion and more. But their main point is that in a world where everyone loves sharing online, why would online gambling be any different?

I tend to agree with this statement. Plus, I think it’s exciting to see a previously quiet industry take an interest in developing brand personalities and voices. From traditional announcers, to sexy molls, to zombies, pretty much anything goes. The extent of use of voice has gone beyond a myriad of “oohs, “ahhs” and “yays” to lean into gaming industry territory and give voice to characters. The industry has changed its structure to create more work for commercial voice-overs.

One Industry, Many Voices

One of the things I love about working for the iGaming industry is the diversity in its jobs. When I take on a job for a PSA, I have a rough idea of the tone of the voice I’ll need… similarly to when I perform work for eLearning narration. There’s a tone and a style that come with some industries, no matter the content. With iGaming however, it’s very much like a box of chocolates (cue Forrest Gump reference).

For example, as a female voice-over I’ve done many a presentation video for Pear Fiction. These guys are producers of premium casino games, and they used the presentation videos to sell the games to casino sites. Since this is very much a B2B-type situation, the tone of my work here, required an upbeat and animated voice-over narration, while still sounding professional as if talking to prospective buyers. When it comes to social videos however, a more personal tone suits the concept better.  These videos need a real, authentic voice from someone who sounds like they’re genuinely interested in what they’re selling. This is what’s  engages the online community, and this is what works.

Tipping the scale completely are lottery videos (a necessary expense for most licensed casino companies), which is when voice-over acting gets really exciting. I actually read the twice weekly winning lottery numbers on TV early in my career, (when I still resembled a young Vanna White) and like so many other voice over situations, the job called on empathy. For people watching and listening, it’s a little highlight in their week. The thrill, the hope, the possibility. Reading the lottery numbers as a female announcer is what it feels like when you’ve had three coffees back to back. It’s all about enthusiasm and genuine surprise when we draw the next number. After all, this could be the moment I call out the number that could completely change someone’s life… and that’s pretty darn exciting! 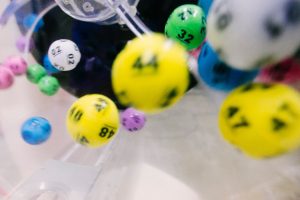 What It’s All About

Speaking of various types of voice-over work for iGaming, it’s important to mention the games themselves. Because online gambling is seriously similar to online gaming. People play these games to have fun. To relax. To forget. To feel a little control. And a little risk, too. It’s a release. They play these games to win money too, but let’s face it, there are more solid investments out there to be made.

Just like video games, online casino games have themes and characters and purposes too. People can take them quite seriously, and as such the voice-over work should be much the same. As a female voice actor, I’ve performed for game characters before, as well as for the promo videos and trailers. I love that this industry allows me to get into the zone and do something out of this world (literally). Whether it’s battling aliens from outer space, crawling across trenches in WWI or flying dragons across sea monster infested waters, it’s storytelling. And acting. And helping others vicariously really get into this world of thrill and risk and fun.

From the Best Corners of the World

If you’ve listened to any of my previous work (like, ahem, the video above), you’ll know I’m a Canadian-American voice-over. So does that limit me in iGaming work? Absolutely not.

One of the first things I learned about the the industry is that it’s literally spread across to all the best corners of the world. I’m talking Malta, Gibraltar, Manila, Curacao, and a handful of other amazing tropical islands. That includes, of course, the perhaps not-so-tropical-but-equally-amazing island of Montreal, which I call home. And as much as I’d love to be flown around the world for work, this is the era of the virtual office, so I do it from my own broadcast quality professional home studio. That makes it pretty easy to team up with agencies in the iGaming world, since in such an international environment, requesting and completing work online is old hat. 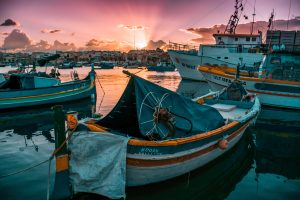 Have you got an iGaming project of your own that could do with a voice? Serious, excited, personable – I’m ready to be your voice-over talent. Get in touch now and let’s talk fun, wherever in the world you are!